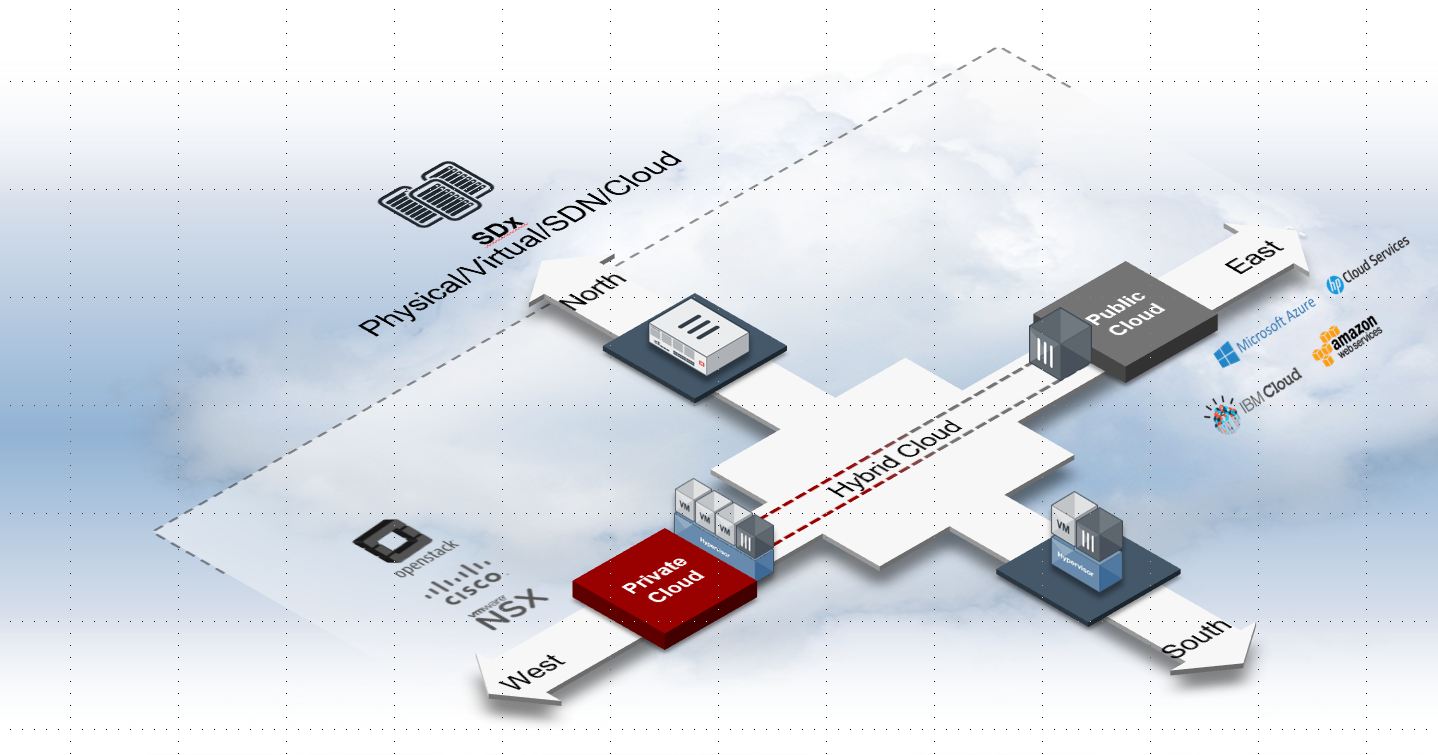 Enterprises have rapidly incorporated cloud computing over the last decade, and that trend only seems to be accelerating. Private cloud infrastructure, including virtualisation and software-defined networking (SDN), is in the process of transforming on-premise data centres, which host the majority of enterprise server workloads around the world. Enterprises are also embracing public clouds at an unprecedented rate, with most connecting back to on-premise environments to create a true hybrid cloud environment. For all their advantages, these accelerated infrastructural changes also raise major concerns about security, and the ability to protect end-users and sensitive data from ever-evolving cyber threats.

As today’s enterprise data centres evolve from static internal environments to a mix of private, public, and hybrid clouds, organisations need to augment traditional firewalls and security appliances (deployed for north-south traffic at the network edge) with expanded protection for east-west traffic moving laterally across the network, both within internal networks and across clouds.

To maintain a strong security posture in private, public, and hybrid clouds, organisations need to increase and perhaps even reallocate security to keep pace with these more dynamic, distributed, and fast-paced environments. Here are some specific areas to consider:

Cloud computing enables the rapid development and delivery of highly scalable applications. Security needs to be equally elastic to scale with the cloud infrastructure itself and to provide transparent protection without slowing down the business.

With the IT efficiencies gained by pooling resources (e.g., compute, storage, network) through technologies such as virtualisation and software-defined networking (SDN), cloud environments have become increasingly aggregated to the point where entire data centres can be consolidated. If a hacker or advanced threat breaches the cloud perimeter via a single vulnerable application, there’s typically little to protect critical assets within the flat and open internal network. To minimise that serious potential for damage and loss, organisations need to isolate business units and applications. Networks need to be intelligently segmented into functional security zones to control east-west traffic.

End-to-end segmentation provides deep visibility into traffic that moves east-west across the distributed network, limits the spread of malware, and allows for the identification and quarantining of infected devices. A robust end-to-end segmentation strategy includes internal segmentation firewalling across data centres, campuses, and branch offices, and secure microsegmentation for SDN and cloud environments.

In addition to scalability and segmentation, your underlying security infrastructure should offer automatic awareness of dynamic changes in the cloud environment to provide seamless protection. It’s not enough to detect bad traffic or block malware using discrete security devices. Security should be integrated into a SIEM and other analytic tools in private and public clouds that have the ability to collect and correlate data and automatically orchestrate changes to security policy/posture in response to detected incidents and events. The individual elements need to work together as an integrated and synchronised security system with true visibility and control.

Solutions should also be built on an extensible platform with programmatic APIs (for example, REST and JSON) and other interfaces to dynamically integrate with the wide array of deployed hypervisors, SDN controllers, cloud management consoles, orchestration tools, and software-defined data centres and clouds. This enables security that can automatically adapt to the evolving network architecture and changing threat landscape.

When evaluating a security solution, there are a few general questions that organisations ought to start with.

Is it scalable? A comprehensive security strategy must be elastic in both depth (performance and deep inspection) and breadth (end-to-end).

Is it aware? You need to not only track how data flows in and out of your network, but also how it moves within the perimeter and who has access to it.

Is it really secure? The different tools that protect your network need to work together as an integrated system to provide unified visibility and control.

Is it actionable? You need a common set of threat intelligence combined with centralised orchestration that enables security to dynamically adapt as new threats are discovered and automatically deliver a synchronised response anywhere across the distributed network.

How open is it? Well-defined, open APIs allow technology partners to become part of the fabric — helping to maximise investments while dynamically adapting to changes.

Software-defined Security: Look for a unified security platform with a single OS to enable orchestration and automation across physical, virtual, and cloud-based security.

Integration: Solutions should integrate with VMware vSphere and NSX environments, as well as public cloud environments like AWS and Azure to provide on-demand provisioning, pay-as-you-go pricing, elastic auto-scaling, and unified analytics that enhance protection and visibility.

Single-Pane-of-Glass Visibility and Control: Your security solution should include centralised management with a consolidated view of policies and events—regardless of physical, virtual, or cloud infrastructure.

The evolving enterprise network combined with the transition to a digital business model present some of the biggest challenges currently facing traditional network security. At the same time, the rapid adoption of private, public, and hybrid clouds is driving the evolution of cloud security.
The next generation of agile and elastic security solutions must transcend the static nature of their forebears to fundamentally scale protection while providing segmentation within and across cloud environments—helping organisations embrace the benefits of an evolving infrastructure while anticipating the attack vectors of current and emerging threats.