“When the security agencies are running foreign policy, the nutters are in charge…. China is a great state. It’s always been a great state and now has the second largest economy, soon the largest economy in the world. If we have a foreign policy that does not take that into account, we are fools.” Former Australian Prime Minister Paul Keating, ABC Interview, 5 May 2019, Brisbane

With the Federal election just a week away, it is hard not to make mention of the complex and inter-connected security environment in Australia and the region. Though with complexity being one of the key issues in itself, there is an enhanced debate brought about by elections.

Be it Climate Change, China Relations, Counter Terrorism, Cybersecurity or CCTV. Politicians still fall into the trap of promising large pools of funds and putting themselves up as the bastions of public safety and national defence. Example? Nothing cries more of ‘we’re taking action to keep you safe’ than announcing more public CCTV cameras – whether needed or not.

The Morrison government has announced a $156 million election pledge intended to scale up cyber security, with an increase in the online security workforce across several departments and using public funds to encourage more young Australians to study computer science. $40 million would be set for “countering foreign cyber criminals” capacity within the Australian Cyber Security Centre (ACSC), which will work with the Australian Federal Police against organised crime. Another $26 million would go to the ACSC to expand its assistance to the community. Interestingly, during the campaign, the head of the ACSC, Alastair MacGibbon, announced his resignation and will be gone by the end of the month. 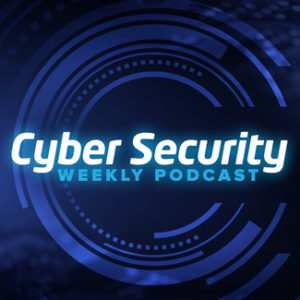 I would anticipate a stark contrast between the Liberal “scare them and protect them” approach to Labour’s more laissez faire approach to national security. The security domain, despite being often bipartisan, is clearly reflected by two different mindsets. For Labour, with reference to their 48th ALP National Platform, they will be looking to re-appoint “an appropriately resourced and empowered National Security Adviser” and will be reviewing the Home Affairs portfolio arrangements and Australia’s national crisis management arrangements. A replacement Minister for Home Affairs has not been nominated. However, other than that, it appears the only cyber related policy refers to the introduction of an eSmart Digital Licence, with the delivery of a pilot and evaluation of the licence in 2019 and a full national rollout to every student commencing from Year 3 in 2020. And as Paul Keating suggests above, the heads of the existing security agencies may be best to jump early and follow Alastair MacGibbon.

Much like the broad nature of the security domain and challenges of keeping up with a national election campaign, this edition of the Australian Security Magazine offers some great insights. As our cover story, Singapore Correspondent Jane Lo, reports from EmTech Asia 2019 on the ethics of artificial intelligence. The petabytes of photos, messages, emails and videos that we exchange and store are commonly referred to the 5 “V’s” – volume, veracity, variety, velocity and value. Digital data is key in speech and facial recognition, and sentiment analysis, for training or for drawing out key information. But its use has also elevated privacy as a key consideration when adopting AI. More concerning than the privacy of our digital information is the rise of empathy robots – machines that read emotions from eye dilation, skin heat, or speech patterns to tailor marketing messages or teaching methods. Or interrogation techniques. Are we losing our right to keep our emotions private? Will AI be able to create a picture of our psychology even if we seem composed to the naked eye? Thinking above to the political promises of rolling out ever more and ever improving CCTV cameras, this is a recommended read! Also check out Jane Lo’s new podcasts from Super Computing Asia and Singtel Innov8 – more to come.

Leading security practitioner, Konrad Buczynski provides important insight into the health of NSW hospital security. Despite $24M being spent on CCTV upgrades, installation of remote locking systems and personal duress equipment, a recent interim report prepared by ex- NSW Police Officer and Minister, Peter Anderson, titled “Improvements to security in hospitals” reveals that ample room for improvement continues to exist. This includes a lack of effective recourses for staff in the event that an act of serious aggression occurs, especially in rural EDs, where police may not be available to help for extended periods.

Vlado Damjanovski provides two essential articles for the CCTV sector, including the new High Efficiency Video Compression (HEVC) standard, popularly known in the CCTV industry as H.265. Vlado also provides the ViDi Labs latest test chart for the CCTV industry, v.5.0. The Chart has new features intended for cameras with various aspect ratio imaging sensors, such as 16:9, 3:2 and 4:3, common HD resolutions and all other megapixel cameras. The chart also accommodates the latest CCTV standards, including IEC 62676-4 and 62676-5 standards – a must read and keep it in the reference library.

Finally, to highlight our Tech-Time – there is a rapidly developing drone race currently on – between Airobotics and Percepto. The Airobotics ‘Optimus’ Drone and the Percepto’s ‘Sparrow’ Drone are each autonomous systems and they, as well as, other emerging players, including the likes of Google, are vying for a large part of the government, defence and industrial applications of the Australian drone market. Watch the skies for more on these systems.

And on that note, as always, we provide plenty of thought-provoking material and there is so much more to touch on. Stay tuned with us as we continue to explore, educate, entertain and most importantly, engage.