Canon Inc. has announced that the Company is developing a high-sensitivity network camera equipped with a fast high-magnification lens capable of long-range colour image capture even in extremely low light conditions, making possible the viewing of subjects that the naked eye would have trouble discerning. This new camera will totally revolutionise low light surveillance and again show the world why Canon is a global leader in IP Network cameras. 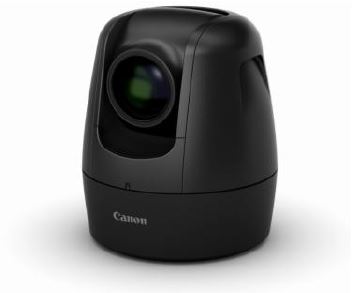 “The network camera currently under development” 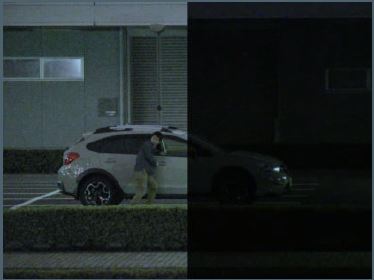 Amid ever-increasing safety and security concerns, a growing need for advances in surveillance systems has fueled demand for high-performance network cameras capable of clearly recording video and images during day and night time conditions for such applications as urban surveillance,monitoring of important infrastructure facilities and more.

Canon is developing a compact high-sensitivity network camera that will make possible the clear viewing in colour of distant subjects even under conditions that would prove challenging to the naked eye, such as at night with few ambient light sources. The camera’s imaging capabilities will make it ideally suited for such surveillance applications as crime prevention and the monitoring of natural disaster sites, enabling the viewing of scenes during either night or day.

Drawing on a range of optical technologies that Canon has cultivated over many years, the network camera being developed will feature a large-aperture ultra-telephoto zoom lens with a focal length of more than 600 mm (35 mm film equivalent) that achieves a bright F-value of 2.4 to allow large amounts of light to enter. The lens will incorporate aspherical and UD (Ultra Low Dispersion) lens elements that suppress the incidence of chromatic aberrations, which become more prevalent as a lens’s aperture size increases, while making possible a compact lens unit. The combination of the large-aperture lens with a high-sensitivity sensor and high-performance image processor will enable the colour recognition of a subject’s face at a distance of 100 meters even in dark environments with a mere 0.08 lux of illumination, roughly equivalent to the illuminance of moonlight. By comparison, conventional night time surveillance to date has only been possible within a limited range with the aid of infrared illumination, or by using a night mode that only captures images in black and white.

Through the combination of an electric-drive pan/tilt function that control’s the camera’s orientation with the ultra-telephoto zoom lens, the network camera will be able to fulfill a wide range of surveillance requirements. In addition to the monitoring of natural disasters involving rivers or bays, for example, the camera will be well-suited for such applications as urban surveillance from the rooftops of buildings and for identifying automobile license plate numbers on roads, not only during the day, but also in settings in which night time surveillance is required.

Canon aims to commercialise the new network camera in 2016. Through the enhancement of theCompany’s network camera lineup, Canon will respond to society’s ever-expanding monitoring and surveillance needs.