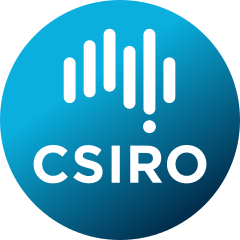 CSIRO’s Data61 was formed at a critical time as both Australia and the world are currently experiencing the Fourth Industrial Revolution, including structural changes to the economy and its industries through the convergence of IT, biology and materials science.

There is a growing need to renew current industries and create new opportunities for jobs and economic growth in areas such as cybersecurity, automated regulation and compliance, health and wellness, food provenance and smart cities.

In order to meet these challenges, CSIRO’s Data61 has brought together a large partner network including federal and state government departments, industry, university partners and CSIRO-wide capability to foster an ecosystem of innovation and collaboration.

“Our talented team has executed all of our third party delivery obligations globally and, at the same time, seeded a culture of excellence in everything we do – from science through to technology and operations,” Data61 CEO Adrian Turner said.

“I’m proud to say, by collaborating with our partners and stakeholders, we have already delivered in advancing the course of Australian innovation from within.

“Next year will be even bigger as Data61 continues to lead on many important technology and data-driven opportunities for Australia.

CSIRO’s Chief Executive, Dr Larry Marshall, said Data61 was originally created within CSIRO to apply world-leading solutions to the data issues of the future, in particular how to navigate Australia through digital disruption and turn job loss into job creation.

“The world is drowning in big data, but our expert analysis is turning that commodity into insight, a unique and powerful value,” Dr Marshall said.

“Creating Data61 as part of CSIRO is a core element of Strategy 2020 and has meant we can take deep data-science expertise into Australia’s key growth markets – delivering end-to-end, big picture solutions for all 3,000 of our customers – whether they’re in government, industry, or the community.

“Happy birthday Data61, we couldn’t be prouder to have you as part of our team.”

CSIRO’s Data61 has achieved significant milestones since its formation last year, including:

Examples of key projects milestones include:

About the D61+LIVE event
Next Wednesday, 28 June 2017, CSIRO’s Data61 will bring its network and capabilities to life at the D61+LIVEshowcase in Melbourne.

About CSIRO’s Data61
CSIRO’S Data61 is addressing the challenge of how to create Australia and the region’s data-driven future with science and technology by partnering with industry, government and universities globally to deliver economic, societal and environment outcomes. As Australia’s largest digital innovation group, Data61’s capabilities range from cybersecurity, confidential computing, IoT, robotics, machine learning and analytics, software and programming to behavioural sciences and more. For further information, visit www.data61.csiro.au and @data61news