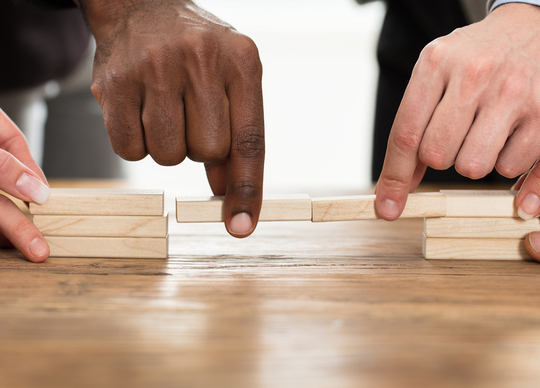 The Australian Department of Defence says it’s strong commitment to Closing the Gap continues with the largest joint venture with an Indigenous firm now completing a major construction milestone at Garden Island, Sydney.

As one of Australia’s largest employers, Defence is well poised to contribute to the National Agreement on Closing the Gap, through improved Indigenous employment and procurement outcomes.

The new wharf at Garden Island, as part of the $263.3 million Critical Infrastructure Recovery Program Stage 1, was completed on 1 July 2021.

“This project exemplifies Defence’s strong commitment to Closing the Gap by providing dedicated opportunities to Indigenous companies. The Garden Island Bayinguwa Delivery Team has achieved 8.5 per cent overall Indigenous engagement – which is another outstanding milestone. Construction of the new wharf has engaged 35 Indigenous contractors, and has spent $10 million with Indigenous suppliers. These successes and achievements are an excellent example of the Government’s Indigenous Procurement Policy in action,” Ms Perkins said.

The new wharf was critical in supporting the expanded maritime force, outlined in the 2020 Force Structure Plan.

As part of the largest expansion of the Royal Australian Navy since the Second World War, Defence is currently delivering $550 million of infrastructure works across Sydney’s Garden Island.

The new wharf will support the maintenance and sustainment of our Royal Australian Navy’s Fleet.

Chief of Air Force and Co-Defence Indigenous Champion, Air Marshal Mel Hupfeld AO, DSC commented on the great satisfaction it brings that such significant work has been carried out with an Indigenous joint venture.