Australians connect and learn through AICC May CyberSecurity delegation to Israel, led by David Irvine AO (sponsored by ECU and supported by Cisco)

The objective of the Security Delegation was to explore the forefront of the world’s leading security systems and technology and highlight the Start-Up business ecosystem that underpins it. Further, to investigate Israel’s fast growing cyber security industry and the country’s overall fostering of innovation, entrepreneurialism, commercialisation and learn how the science and educational sectors interact with industry including its investment in skill sets for future growth industries. 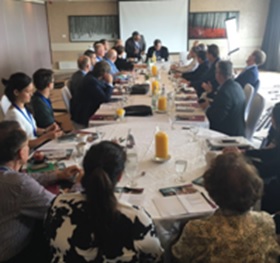 Delegates were able to derive outcomes on three levels;

The delegation was comprised of 28 participants, an eclectic group including ICT and security professionals, academic, government and business representatives, and investors. Through the ability to offer diverse perspectives, the delegation was able to explore how the evolvement of the cyber security industry will impact Australia’s continued geopolitical and economic development. For example, the joint participation of Cisco, Woodside, and ECU, Curtin and Deakin Universities provided a forum to consider new collaborative research.
Amongst many highlights of the delegation, the program included a visit to the Cisco R&D Centre in Netanya, an address by venture capitalist Jon Medved, founder and CEO of OurCrowd, a presentation by Yaakov Amidror, former major general and National Security Advisor of Israel, and a visit to the Cyberspark industrial park in BeerSheva which is the central coordinating body for joint cyberindustry activities with government agencies, the IDF, the public and academia. 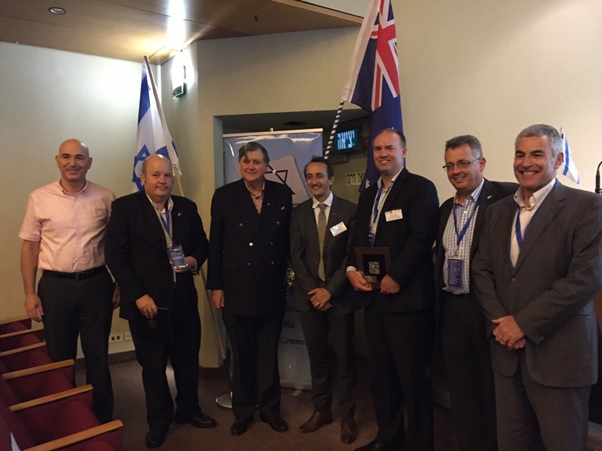 The delegation met both individually and collectively with a large number of start-up companies and potential business partners, as well as being hosted through a number of receptions.

Key emerging themes were prevalent within the program. Most notable were;

There is much that Australia can model and learn from through the Israeli experience, however it was noted that many of the elements that have led to Israel’s success are not prevalent in Australia. Delegates commented that the notion of national service, not necessarily under a military structure, is a potential area of thought leadership for Australia to consider. The educational system and a focus on STEM capabilities is also a critical area of focus. 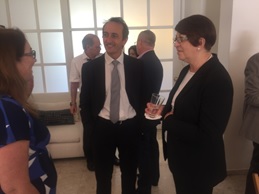 Individual delegates have pursued private business outcomes through their delegation participation. Specific arrangements for investment, supply, consultancy and collaboration have been identified and will further develop.

At a key time in Australia’s economic development, and with the National Science and Innovation (NISA) agenda being a strategic priority of the incumbent Government, it was timely for this AICC Delegation to gain an in-depth exposure the contemporary developments within the global cyber security markets. It was also timely for delegates to obtain a first-hand appreciation of the business eco-system that allows Israel to accelerate new business development and deliver broader economic benefits.