#CySCA2017 consisted of 310 students, making up 79 teams, representing 26 institutions and all chasing the coveted title of the nation’s best CyberSecurity Team! Leading the way was UNSW, Monash and ECU. Final results to be released soon and the running scoreboard is available at https://scoreboard2017.cyberchallenge.com.au/ 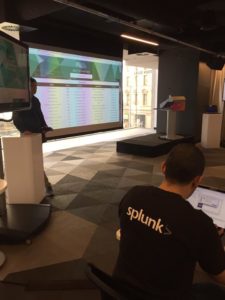 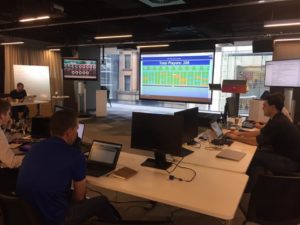 Opening with a video message from the Minister Assisting the Prime Minister for Cyber Security, the Hon. Dan Tehan, the Cyber Sec 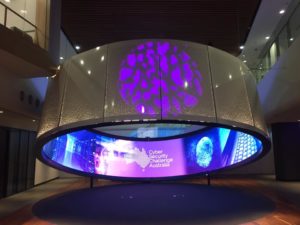 urity Challenge is open to full-time Australian university undergraduates and undergraduate-equivalent TAFE students based in Australia. All Australian states, excluding Tasmania are represented.

Alastair MacGibbon, Special Adviser to the Prime Minister on Cyber Security confirmed the purpose of the challenge was to connect students with the prospect of having a ‘job for life’, as well as, to understand cyber security is not purely technical but involves policy, psychology and a range of soft skills.

In it’s fifth year, 2016 was missed to allow alignment with the Australian Cyber Security Strategy and in coming years may involve younger age groups, with mapping of primary school projects underway.

Alastair confirmed next year will see a raft of similar and differing ways to build skills in cyber. “The strength in the strategy is that it’s not centrally controlled but centrally aligned. In one year we have built an infrastructure of agencies and shame on us if we aren’t successful in making Australia a world leader in cybersecurity.”

Sandra Ragg, Lead Cyber Policy & Strategy, Department of the Prime Minister & Cabinet highlighted a focus on attracting women into the cybersecurity domain, with a 65% increase in females participating than the previous year. With an industry poorly representing women at just 11%, 39 women are involved amongst the 310 this year, representing 12.6%, and offers to go further by connecting them with an established mentoring programme. Sandra was delighted with the feedback received, “it has been incredible for inspiring girls into jobs”, she said.

Further details on winners and ‘where are they now?’ on previous winners will be released soon.

Telstra also confirmed a new SOC will be installed in the Sydney centre, in addition to their Canberra, Melbourne and Hong Kong facilities and available for next year’s challenge.

Full details on the challenge is available at https://www.cyberchallenge.com.au/