Key appointments reaffirm commitment to delivery and growth in the region Over a career that has spanned 30 years with Lockheed Martin, Mr. North has a proven record of leading the delivery of capability platforms, most recently as Vice President of Lockheed Martin’s Rotary and Mission Systems (RMS) Operations for Australia and New Zealand.

During his time with Lockheed Martin he has provided an environment of innovation and entrepreneurship for employees, leading major capability programs for the United States Navy.  In recent years he has led the Lockheed Martin LCS program, supporting new construction (of 14 ships), class services, sustainment and international efforts, including five years spent in Japan focusing on delivering Japanese self defence capability in the maritime domain. 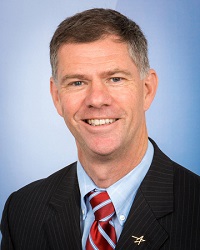 As Deputy Country Executive, Mr. Thompson will continue his focus on government and customer relations, reporting to Mr. North.

Mr. Edwards said the appointments were a clear indication of Lockheed Martin’s ongoing customer focus and commitment to program delivery in Australia and New Zealand.

“Joe has proven himself in leadership roles on significant programs and his appointment as Chief Executive demonstrates we remain committed to delivering for our customers in Australia and New Zealand, he said. “With his experience, Joe will provide a critical link to our US technological backbone and expertise which is critical to ensuring we can continue to support the development of a future sovereign defence capability for Australia.”

“Scott has played a key role in Lockheed Martin’s growth in Australia and New Zealand, exemplifying our company ethos of customer focus, innovation and delivery.  I would also like to thank Scott for stepping into the Interim Chief Executive role over the past four months,” he concluded.

Joe North said he was proud to have the opportunity to lead Lockheed Martin Australia and New Zealand at what is a critical period for the modernisation of Australia’s defence capability.

“Lockheed Martin is at the forefront of delivering state-of-the-art defence capabilities for Australia in the air, sea and space domains, and I am proud to be able to contribute to this critical transformation,” he said. “I am also extremely privileged to have the opportunity to lead such an exemplary team as we focus on delivering for our customers and support the continued development of a sovereign defence capability for Australia.”

“Lockheed Martin has continued to grow its presence in Australia and New Zealand through a focus on putting the needs of our customers first and delivering the innovative ‘future generation’ technologies these nations need to secure their national interests,” he said. “We will continue to partner with local industry and research organisations, and we remain committed to delivering sustainable development in the regions and investing in local communities.”