The roll out of Australia’s biggest smart pole installation has begun across Newcastle north of Sydney as Newcastle City Council unveils an ambitious smart city plan.

As well as offering WiFi connectivity, the smart poles boast energy-saving LED lighting that can be dimmed by remote control, audio speakers for public announcements and cameras for real-time traffic analysis.

“At the end of the roll-out in around two years, this installation will be the biggest and most functional smart lighting installation in Australia,” Newcastle Lord Mayor Nuatali Nelmes said. 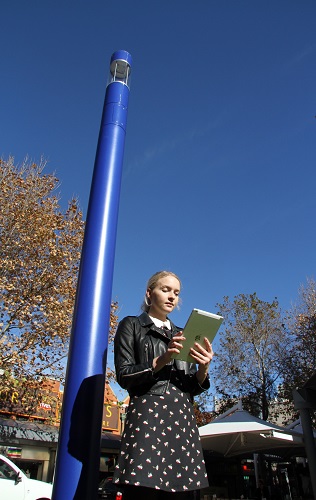 “We’re excited about the smart poles because they’re the first real tech hardware installed as part of the smart city strategy we have just released for public comment.

“This is just the beginning of a new era in which we’ll see sensor-based smart lighting and other technology help make the city run more efficiently and provide valuable data insights for businesses, advanced manufacturers and entrepreneurial industries.”

A central part of the smart city strategy, on exhibition until 10 July, is a four-storey innovation hub being built by the University of Newcastle in partnership with council to allow entrepreneurs to connect with industry, investors, students and academics to build high-growth companies to drive the region’s economy

The overall strategy outlines a council-led collaboration to diversify the regional economy and encourage innovation to meet urban challenges.

It also reveals how Newcastle will attract investment and tech industries to a new digital precinct with high-speed internet connections in the city’s CBD.

“This smart city strategy is a must read for creative, knowledge-based industries that might be surprised about the progress we’re making in Newcastle in lock step with our partners,” Councillor Nelmes said.

“The strategy spells out how we’re maximising opportunities in the fields of technology, advanced manufacturing and the emerging digital economy to drive economic growth.

“From building the tech hub in a new digital precinct and promoting science-based disciplines to effecting major energy efficiencies in transport and other services – we’re re-inventing the city.

“Apps for rate payers to transact with council, digital wayfinding for tourists and sensors to show garbage truck drivers the bins that need emptying, businesses when to open and motorists where to park are key components of this overarching vision.”

“Our poles are a modular system that can be easily adapted to different requirements and incorporate the latest communication and energy-saving lighting technologies,” he said.

“All the lighting can be controlled on a desktop on google maps and you can dim them in the middle of the night to save energy. We’ll be able to add environmental sensors, smart parking systems and electrical-vehicle charging stations later on.” 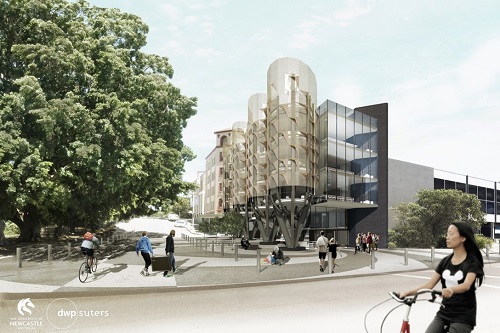 Other smart pole installations around Australia include:

The smart city infrastructure being deployed across Newcastle’s city centre is part of the NSW Government-funded Hunter Innovation Project, being delivered in partnership with University of Newcastle, Newcastle NOW and Hunter DiGiT.