CyRise is a six-month, mentor-driven accelerator program designed to help early-stage cyber security startups with everything they need to successfully take an idea to the global market.

CyRise has launched, calling on early-stage cyber security entrepreneurs and industry professionals to apply for its extensive six-month program, kicking off in September.

The accelerator program, a recipient of LaunchVic’s first round of funding and a result of the previously announced incubator partnership between Deakin University and Dimension Data, will give five cyber security startups from around Australia, New Zealand, and the wider APAC region the opportunity to:

Program participants will be based out of Melbourne CBD coworking space, Teamsquare, and receive AU$50,000 in capital as part of a capped SAFE note. A SAFE (Simple Agreement for Future Equity) is an agreement between an investor and a company that provides a right for the investor to receive equity in the future, without determining a specific price per share. It is simple to understand, meaning limited legal costs, and it enables founders to launch and prove the valuation of their startups at the next funding round. 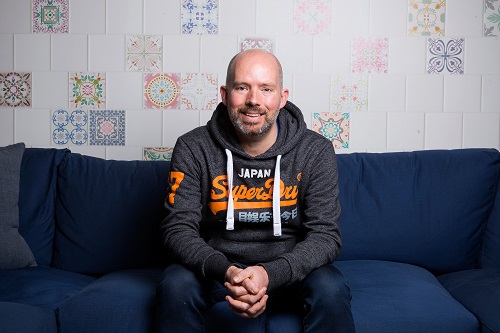 Scott Handsaker, CEO of CyRise, commented: “Victoria is fast becoming known as the best location in APAC for the cyber security industry. Where Australia is lacking in this space is in the commercialisation of ideas. There is so much talk around R&D, which is great to see, but how do we package up these findings and ideas in order to yield better commercial outcomes for the Australian economy?

“Our startups will get access to Deakin University’s field-leading researchers, as well as  Dimension Data’s commercial experience, and take advantage of this one-of-a-kind partnership to successfully take their ideas to a global market.”

To learn more about CyRise, startups can visit the website and also head along to an upcoming roadshow event:

Startups will receive intensive mentoring on everything from scaling tech teams to growth marketing, from Australia’s leading innovators, technologists and venture capitalists, including:

Craig Davies is the CEO of the Australian Cyber Security Growth Network, which focuses on helping Australia become a global cyber security leader. He’s held CSO and Director of Security roles with Cochlear and Atlassia, respectively.

Didier Elzinga is the CEO/co-founder of Culture Amp; he has now raised over $30 million, grown Culture Amp to 125+ people in four offices and boasts over 1,000 customers globally. He’s also a non-executive Director of the Atlassian Foundation, and on the board of Rising Sun Research.

Debra Bordignon CTO of Dimension Data Group Australia, Debra was previously at Hewlett Packard, where she was Chief Technologist, Innovation Leader for the APJ office of the CTO, and Leader – Innovation and Industry Initiatives for HP’s Enterprise Services division.

Casey Ellis is the co-founder and CEO at security services marketplace Bugcrowd, having been working in the cyber security space since 2001. He’s founded and worked as Director and CSO at a number of enterprise and security-focused businesses while simultaneously mentoring others through Pushstart, the Tall Poppy Group — and now CyRise.

About CyRise
CyRise is on a mission to be the number one cyber security accelerator in the Asia-Pacific region. Based in Melbourne, CyRise is a partnership between Deakin, Dimension Data and LaunchVic that’s dedicated to supporting the local ecosystem for the long-term.